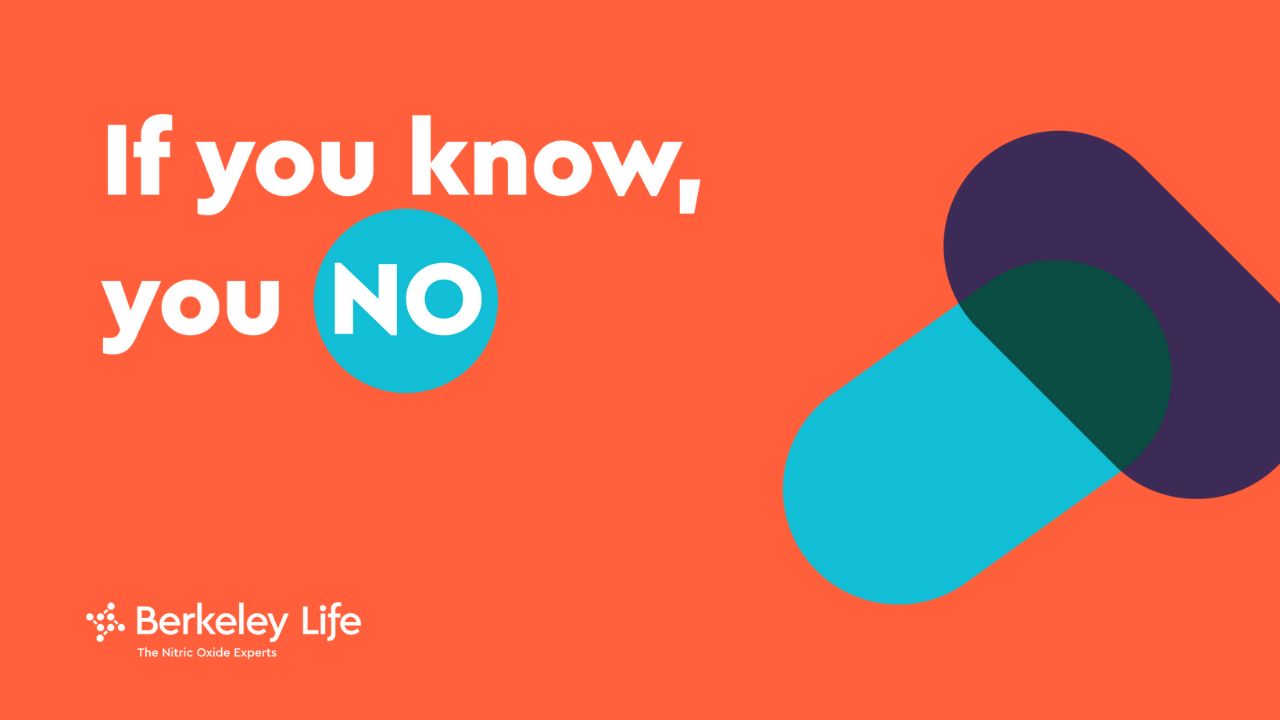 Here at Berkeley Life, we like to celebrate Nitric Oxide all year long — but especially on Nobel Prize Day, which falls on December 10th each year. Why? In 1998, the Nobel Prize in Physiology and Medicine was awarded jointly to North American scientists Dr. Robert F. Furchgott, Louis J. Ignarro and Ferid Murad for their discoveries in relation to “Nitric Oxide as a signaling molecule in the cardiovascular system.” The rest is history, as they say — however, there’s more to the story and the future of Berkeley Life’s favorite molecule as we’re about to find out.

The history of this miracle molecule goes back hundreds of years. It was first studied in 1772 by the English chemist Joseph Priestley. Two hundred years later in 1977, Ferid Murad — American physician and pharmacologist — was the first to describe Nitric Oxide as a vasodilator and to clarify the mechanism of action of organic nitrates such as nitroglycerin.

Then, in 1980, American biochemist Robert Furchgott discovered that our endothelial cells make a vasodilator substance. He termed his discovery Endothelial Derived Relaxing Factor, or EDRF. In 1987, American pharmacologist Louis Ignarro discovered that the EDRF described by Furchgott was, in fact, Nitric Oxide.

N.O. was named Molecule of the year in 1992, and in 1998, Murad, Furchgott and Ignarro won the Nobel Prize in Physiology and Medicine for their discovery of “A New Principle:

Nitric Oxide, NO, is a short-lived, endogenously produced gas that acts as a signaling molecule in the body. Signal transmission by a gas, produced by one cell, which penetrates membranes and regulates the function of other cells is an entirely new principle for signaling in the human organism.”

N.O. has since become known as “the miracle molecule.”

Why is Nitric Oxide Called “The Miracle Molecule”?

It has been hailed as “the miracle molecule” because of its extraordinary importance in our circulatory and cardiovascular systems — as well as in the health of virtually every cell in the body.

“In the heart, Nitric Oxide is the body’s way of protecting against cardiovascular disease,” Ignarro said. “The arteries make Nitric Oxide to lower blood pressure and improve blood flow to organs because it is a vasodilator, which means it widens or relaxes the arteries so that more blood can flow through, therefore lowering the pressure within the arterial system.”

The crucial benefits of normal Nitric Oxide levels in the body include:

Our bodies naturally produce N.O., but after age 40, production declines rapidly. Fortunately, natural, dietary nitrates such as beet root and leafy greens are proven to boost the body’s production of Nitric Oxide.

What’s the Next Chapter in the Nitric Oxide Story?

Since Nitric Oxide has been discovered to play a vital role in circulation and almost every biological system, boosting and maintaining optimal N.O. levels has become a key concern for those who aspire to live long and age well. As more research around this “miracle molecule” unfolds, we expect to hear much more about Nitric Oxide’s beneficial effects on the body and aging process well into the future.

Although it can be re-introduced into the body through a nitrate-rich diet, the realities of modern eating habits make a simple supplementation program — like Berkeley Life’s — a much more efficient and effective solution. If you’re a practitioner or patient interested in learning more about the science and benefits of N.O., please schedule a meeting with our Berkeley Life team, who can provide you with access to further research and thought leadership around N.O. and its healthcare use cases.